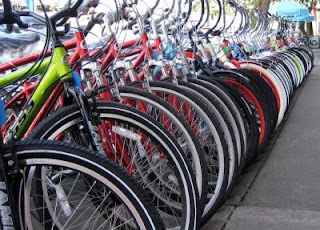 Get ready for the most extraordinary bicycle adventure ever launched in the City of Davis. On Sunday, October 3, 2010, the citizens and friends of Davis will pedal through history to set the Guinness World Record for the Longest Single Line of Bicycles. Davis, CA is the City of Bicycles and it is fitting that we should own the World Record.

A festival in Central Park will be park of the celebration.

For more information, including how to register to be a part of the parade visit:
http://www.worldsgreatestbicycleparade.com/ 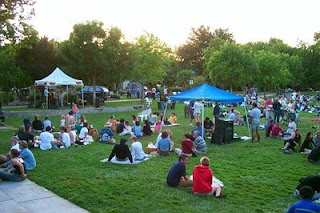 Davis Firefighters have graciously volunteered to barbecue American favorites and serve-up hamburgers, hotdogs, and veggie burgers for your enjoyment. There will be a variety of side dishes and beverages available to compliment the delicious barbecue. For those 21 and over, enjoy a refreshing adult beverage in our Beer & Wine Garden. 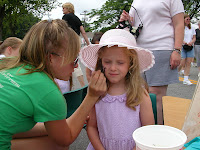 Tour de fun will be special area of the park just for kids where they can test their agility in the giant inflatable obstacle course, go wild in the bounce house, have their face painted, take a spin on the bicycle propelled carousel, or practice their swing at the inflatable batting cages.
Booths will be selling freshly made cotton candy and ice-cold snow cones. 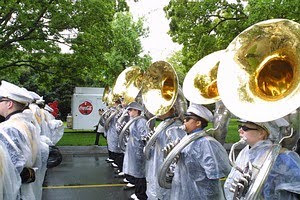 Cal Aggie Band-uh will kick off this fun filled festival beginning at 10:30 am. More live entertainment will begin at 12:00 pm at the Oak Tree Deck. Enjoy the musical talents of Davis’ Junior and Senior High school music groups. Local bands will be performing near the Beer and Wine Garden.
Posted by Davis Parent at 1:06 PM